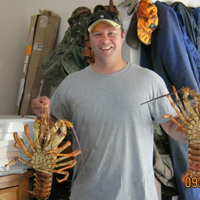 I have been living in Canada for over 19 years based in Calgary, Alberta.

I am originally from New Zealand and grew up involved in both commercial fishing and farming industries. After completing my commerce degree at the University of Otago I travelled and lived overseas in Asia, United Kingdom and Australia.

In 2002, I moved to Canada and worked for a large tour operator as the district sales manager for Alberta. This position was the perfect steppingstone to owning and developing my own group travel business.

I have been group’s manager and owner of Leader Tours Inc. for the past 10 years and have enjoyed organizing and developing different tours for our clients. I enjoy customizing tours based on our client’s interest and making sure all the groups needs and expectation are met while on tour.