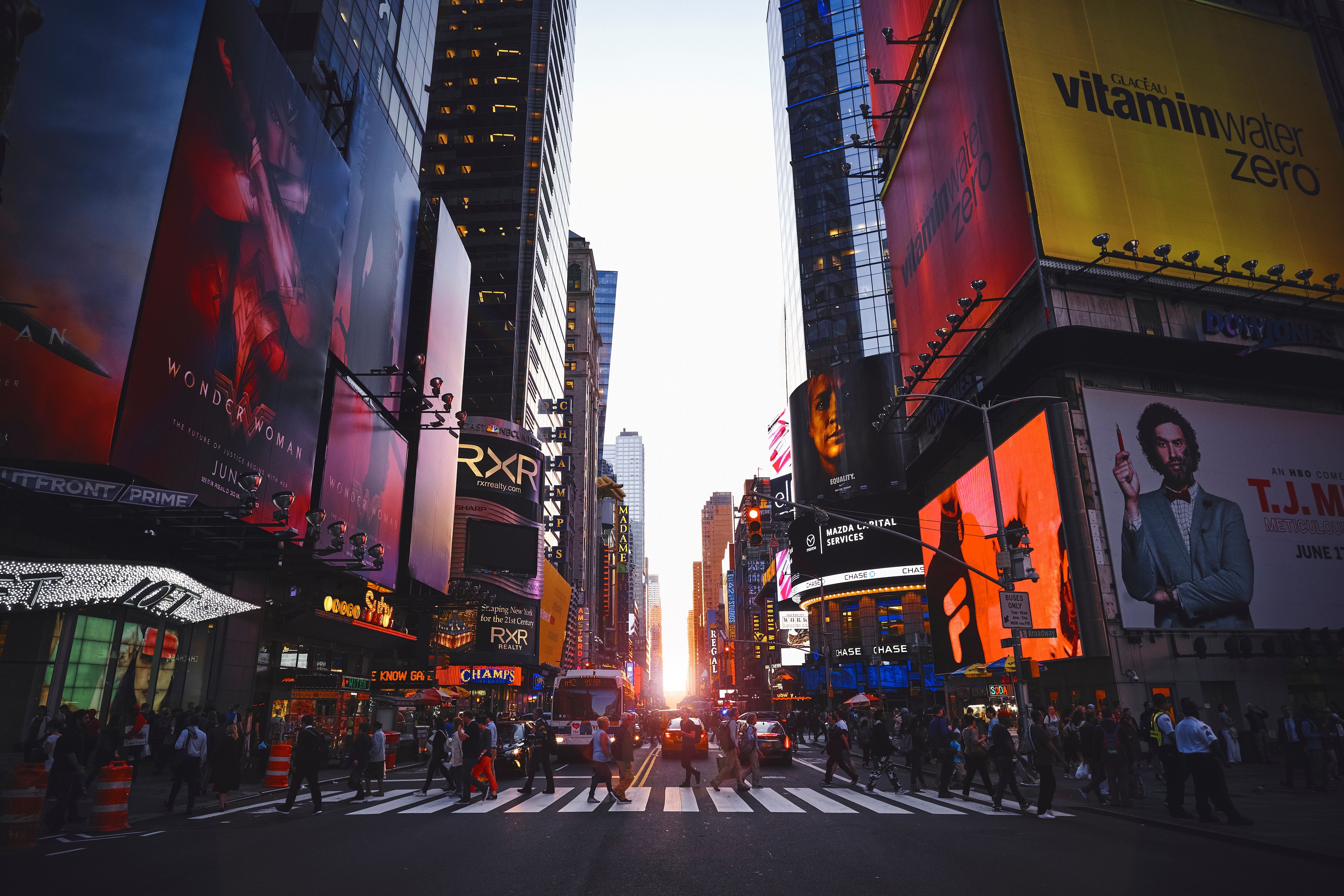 Day 1: New York City, New York - Tour Begins
“Start spreading the news,” because today you arrive in America’s most exciting metropolis for a getaway filled with shopping, sightseeing and endless entertainment. Relax as you enjoy a single hotel stay in the heart of the city.
Day 2: New York City
Prepare for an exhilarating day with breakfast at a local eatery before embracing the city’s energy on a locally guided tour of the “Big Apple.” Find yourself in Greenwich Village, the Wall Street district, Chinatown, and Central Park. See the Empire Province Building and many other time-honoured landmarks. Reflect at the 9/11 Memorial and the 9/11 Museum, a poignant tribute to the lives lost. Later, it’s Diner’s Choice…choose the perfect spot from a “menu” of the city’s popular locations near exhilarating Times Square. Then, take your seat at a Broadway show! Today breakfast and dinner will be included. 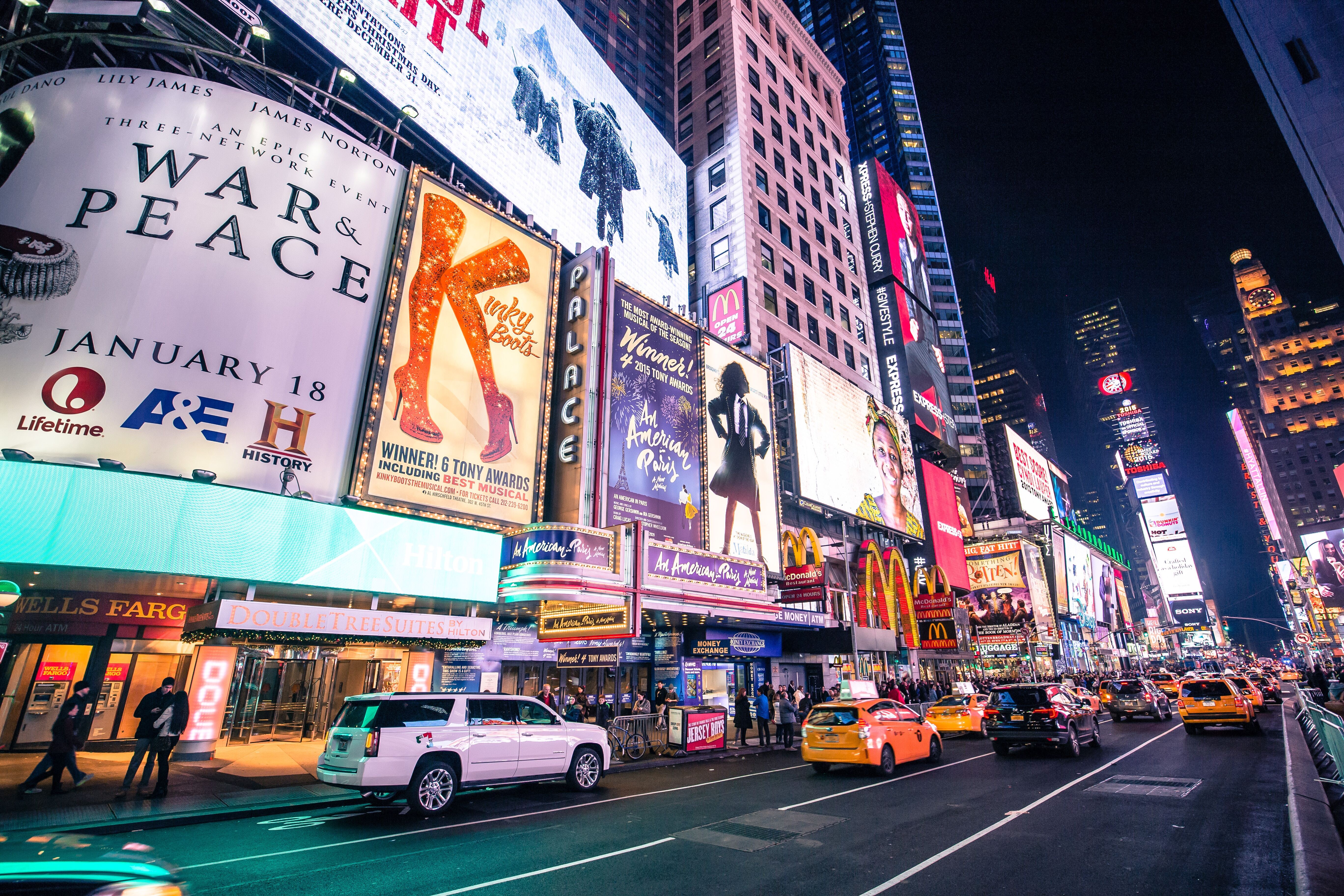 Day 3: New York City
Another exciting day begins with a fun-filled breakfast at the famous Ellen’s Stardust Diner, a 50s-themed restaurant featuring a singing wait staff. Board a ferry for a cruise of New York Harbour. Take in the incredible views of the towering Statue of Liberty. Dock and get up-close to “Lady Liberty.” She has welcomed immigrants and visitors to New York Harbour since 1886. Created as a token of friendship between the U.S. and France, the Statue of Liberty has become a global symbol of freedom. Then it’s on to Ellis Island. Step back in time on a self-guided tour of the museum. Come to know the personal stories of the immigration boom of 1892-1924 when 12 million people passed through this station on their journey to America. The remainder of the day is at leisure to explore “the city that never sleeps.” Tonight, choose to join an optional walking tour of Greenwich Village including dinner. Today breakfast will be included.
Day 4: New York City
Take advantage of some free time this morning to discover the city at your own pace. Your Tour Manager has countless suggestions on how to spend your time. Maybe you are up for a shopping spree at some of the world’s most legendary department stores, including Macy’s, Bloomingdale’s and Saks Fifth Avenue. This afternoon, the curtains rise for your second Broadway show. You’ll choose from a selection of Broadway’s biggest hits.* Say farewell to this extraordinary city tonight as we gather for your final taste of New York with dinner at a local restaurant. Today breakfast and dinner will be included.
Day 5: New York City - Tour Ends
Your tour comes to a close with many pleasant memories of your exciting tour of fabulous “New York, New York.”
Experience It! ___________________________________ Broadway
Broadway, New York City’s theatre district, runs from 41st Street to 53rd Street between Sixth and Ninth Avenues. The first theatre was built in 1798 and over the years, the district has grown to 40 theaters that are now considered “on Broadway.” At the turn-of-the-century, the street was nicknamed the “great white way” due to the bright white lights that illuminated the streets and advertised the multitude of shows. During this period, the shows were mostly comedies and operettas, and some vaudeville. The Broadway shows that we know today were developed in the 1940s. Rodgers and Hammerstein were the pioneers who first combined song, dance, comedy and drama to create the modern musical. The lights are still shining bright, theatre attendance is thriving, and to be “on Broadway” is now the most highly respected achievement for theatre professionals.
YOUR ITINERARY AT A GLANCE
Days 1 – 4 Sheraton New York Times Square
On some dates, alternate hotels may be used.