Day 1: New Orleans, Louisiana - Tour Begins
Step back in time on a cultural getaway that opens in the “Jazz Capital of the World,” New Orleans! This soulful city abounds with rich history, mouthwatering Cajun and Creole cuisine, and of course, an incomparable soundtrack.
Day 2: Choose French Quarter Walking Tour or Motorcoach Tour of New Orleans
It’s your choice! Embark on a walking tour of New Orleans’ famous French Quarter where you’ll see the majestic St. Louis Cathedral, one of the city’s most recognizable landmarks. Continue to the bustling French Marketplace where you’ll explore Pirates Alley and view the Cabildo, the Presbytere and the Pontalba -OR- set out on a panoramic motorcoach tour of New Orleans with a local guide that begins along historic Esplanade Avenue and rolls on to see St. Louis Cemetery #3, which opened in 1854 and holds some of the most elaborate crypts found in the city’s cemeteries. Relax during a drive along the shoreline of Lake Pontchartrain. This romantic road eventually leads to St. Charles Avenue, whisking you past gorgeous mansions and two world-famous universities, Loyola and Tulane. Whichever you choose, you’ll stop to taste a true New Orleans favourite – beignets at the famed Café Du Monde. Tonight, get to know your travel companions at a festive New Orleans-style welcome dinner. Today breakfast and dinner will be included. 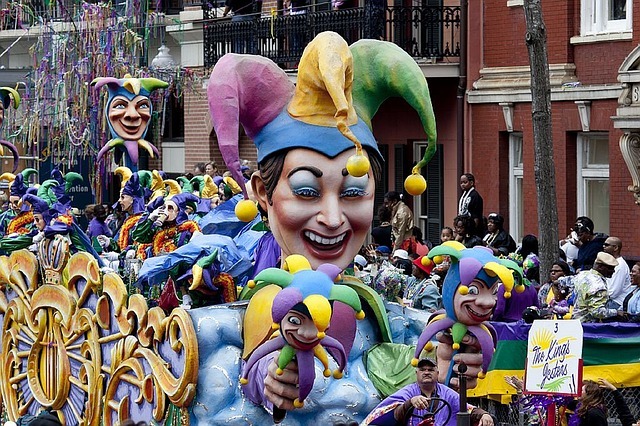 Day 3: New Orleans
Journey through Louisiana’s swamp on a cruise* narrated by the captain himself. Learn about the history and ecology of this fascinating ecosystem while keeping an eye out for wildlife including bald eagles, herons, turtles and alligators! Then, celebrate the festive side of New Orleans at Mardi Gras World, the working warehouse where artisans create the spectacular floats for the famous parades. You’ll even get to indulge in a tasting of king cake. Tonight, enjoy dinner on your own before meeting your Tour Manager and fellow travel companions at Maison Bourbon, a live jazz club in the French Quarter. Today breakfast will be included.
Day 4: New Orleans - Memphis, Tennessee
Travel north to Memphis, the birthplace of the Blues, Rock ‘n’ Roll and Soul. Enjoy Southern hospitality at your hotel just steps away from the iconic Graceland. Today breakfast and dinner will be included. 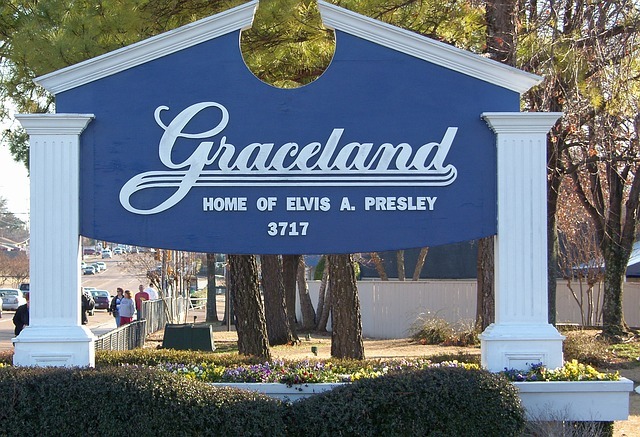 Day 5: Memphis
This morning, head out on a one-of-a-kind tour of the city of Memphis. You may be tempted to sing along as local musicians board the coach to tell the stories of Memphis’ musical heritage and its rich history. Put on your blue suede shoes and get ready to visit Graceland, the palatial home of the King himself, Elvis Presley. Enter Elvis’ 14-acre estate and visit his home, original business office, trophy building with exhibits depicting Elvis’ life at Graceland, racquetball building, and the Meditation Garden, where Elvis and members of his family have been laid to rest. The remainder of your day is free to enjoy this city’s vast musical offerings. You may wish to spend more time at Graceland** or join an optional Memphis Musical History Tour with dinner. Tonight, dance to the live music or spend the evening exploring Beale Street’s vibrant musical clubs! Today breakfast will be included.
Day 6: Memphis - Nashville
Roll along Music Highway to the “Music Capital of the World,” Nashville! We’ll make a stop at the West Delta Heritage Centre to discover the roots of the country blues sound that originated in West Tennessee. The Queen of Rock, Tina Turner, was born here in Brownsville, so it’s only fitting that there’s an exhibit dedicated to her. This evening, take your reserved seat at the renowned Grand Ole Opry.*** What began as a building where a local radio broadcast show aired once a week in 1925 has grown to become an entertainment complex that attracts music fans from all over the world. Today breakfast will be included. 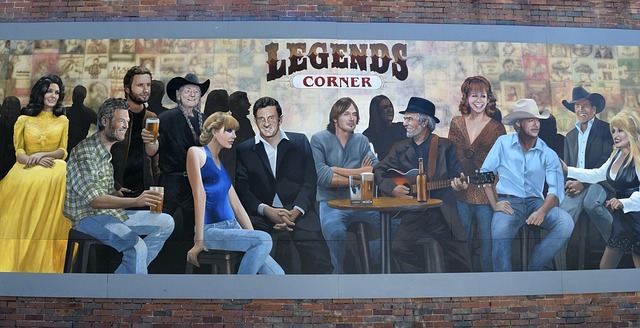 Day 7: Nashville
Your day begins with a tour of the historic Ryman Auditorium,**** the original home of the Grand Ole Opry! Then, explore the Country Music Hall of Fame, the largest museum of popular music in the world. Check out the museum’s vast collections of memorabilia, costumes, recordings and instruments, artfully presented in cutting-edge exhibits that relay the colourful histories of country music and its artists. Afterwards, a tour of RCA Studio B gives you an insider’s look at Nashville’s oldest remaining recording studio, where Elvis Presley, Dolly Parton and Charlie Pride once recorded some of their classic hits. Learn how each artist recorded their chart-topping music in this famous studio – you may even have the opportunity to record your own hit! Then discover the flavour of the region at a family-owned distillery when you tour the facility and taste its Tennessee whiskey. Today breakfast and dinner will be included.
Day 8: Nashville - Tour Ends
Your rockin’ musical journey comes to a close today. Today breakfast will be included.
Experience It! ___________________________________ The Ryman Auditorium
The “Mother Church of Country Music,” the “Carnegie Hall of the South,” the “Soul of Nashville”...welcome to Ryman Auditorium, a 2,000-plus seat venue in the heart of Nashville with a history as deep as country roots. Named for its founder, a wealthy riverboat owner, the Ryman first opened its doors in 1892 as the Union Gospel Tabernacle, but what many folks don’t know is that the Ryman was the original home of the Grand Ole Opry. In fact, the Opry’s formative years were spent on Ryman’s stage, having featured the debuts of music titans Earl Scruggs and Hank Williams, and hosting the very first meeting between Johnny Cash and June Carter. Even Patsy Cline became a member of the Opry at the Ryman in 1960. And while the Grand Ole Opry has lived at a new venue since the seventies, the Ryman remains a vital music venue on the Nashville circuit and is a designated National Historic Landmark thanks to its pivotal role in the popularization of country music. See it for yourself when country music comes to life in the Ryman’s exhibit, “The Soul of Nashville,” and let the Mother Church move you!
YOUR ITINERARY AT A GLANCE
Days 1 – 3 Sheraton Hotel
Days 4, 5 The Guest House at Graceland
Days 6, 7 Gaylord Opryland Resort
On some dates, alternate hotels may be used.
Departure date: December 1st 2019
Please call for other departure dates for 2019/2020